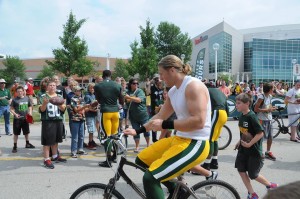 The Packers say they want to run the ball more this season.  Will they get it done?  Will Mike McCarthy abandon the run game at the first sign of trouble?

Ravens win the Super Bowl, then have to open the next season on the road.  Somethings not right here.  Should the NFL have done more to try to get the problem rectified with the Baltimore Orioles (MLB)?

FCS vs. FBS / Tennessee Tech at Wisconsin – Is this the last of the matchups against FCS opponents for the Badgers?

My thoughts on all four of those topics on today’s WRN Sports Daily.