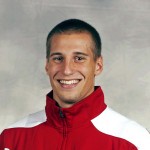 exhibition win over Division-3 UW-Platteville at the Kohl Center on Wednesday night.

Sophomore forward Sam Dekker added 13 points for the Badgers, who missed 11 straight three-pointers during one stretch.  They finished 7 for 22 for the game.

The Badgers did hit 17 of 20 from the free throw line to help pull away.  Platteville was within 46-40 with just over 13-minutes left to play.