You are here: Home / Brewers / Brewers name Coles manager at Triple A 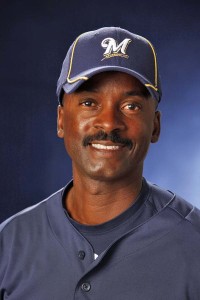 at Triple-A Nashville.  He fills the managerial role vacated by Mike Guerrero, who was promoted to the Brewers’ Major League coaching staff on September 28.

The former utility player had a 14-year Major League career with Seattle, Detroit, Pittsburgh, San Francisco, Cincinnati, Toronto, St. Louis and Colorado.  He was a member of the 1993 World Series champion Blue Jays.

Coles was selected by Seattle in the first round of the 1980 draft.  He went on to become one of only 14 players, including Babe Ruth, to hit three home runs in a single game in both the American League and National League.