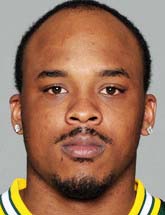 the Green Bay Packers or any other NFL team.

Finley is expected to be released from the hospital soon.  He’s likely to visit more neurosurgeons and specialists in treating spinal injuries.  Doctors around the country are receiving MRI’s and other scans of Finley’s injured neck.

Finley has been told the doctors believe his injury will heal and he could return to action with no more risk of an injury than any other player.

One thing to keep in mind though, the Packers generally take a conservative approach to clearing players of serious injuries, perhaps not wanting to take a chance on a player such as Finley.

They never cleared safety Nick Collins after a neck injury and he hasn’t played since.

There is no timetable for Finley’s return to the field.  Some reports suggest he could be back in 4 to 6 weeks.  Others suggest it might not be until next season, if at all.