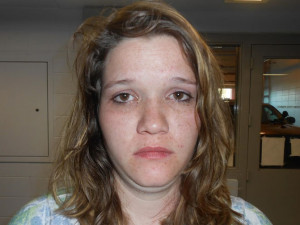 Schacht is accused of driving nearly 70 miles per hour on Buelow Road in the Town of Lanark on September 15th, when she struck a car leaving a driveway. 51-year-old Daniel Wetzel died at the scene and his 31-year-old son Richard Wetzel, who was driving the vehicle, was seriously injured.

Schacht was convicted in 2012 in Woodstock, Illinois for driving at a high speed after her friend tried stealing marijuana from a drug dealer. The dealer was riding on the roof of the car and fell off, dying later from head injuries.

If convicted on all counts, Schacht could spend 75 years in prison. She remains jailed in Portage County, unable to post a $100,000 cash bond. A preliminary hearing is scheduled for October 10th.