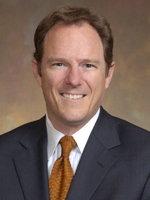 Richards has filed the appropriate paperwork to campaign for the state’s top cop in the 2014 election. He’s the first Democrat to announce his intentions to fill the seat being vacated by two-term Republican JB Van Hollen at the end of his current term.

Richards is a private attorney with experience as a lawmaker, having served in the state Assembly since 1999. “I have spent more than a decade as a lawmaker, working with prosecutors and law enforcement to create public policy solutions to address violent crime, drunk driving, domestic abuse and open government,” he says, “I am ready to serve the people of Wisconsin as their next Attorney General.”

Waukesha County District Attorney Brad Schimel is so far the only Republican running for AG.  A primary election would be held on August 12, 2014, if needed, and the general election will be on November 4, 2014.