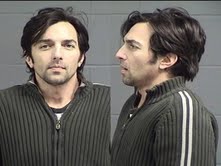 A Rhinelander High School English teacher who is facing drug and theft charges will not be back in the classroom. That’s according to District Administrator Kelli Jacobi, who will be meeting with the School Board Monday to discuss the case of 35-year-old Joshua Juergens, who has been suspended from all school activities. Jacobi believes the board will choose to terminate Juergens and seek his replacement.

Juergens was in his first year with the district, and was hired after they received “glowing references,” according to Jacobi. The superintendent said they knew of a charge for marijuana use as a teenager, but no other significant problems. “We were aware that there was something more recent. We had only the details that showed up in a background check, which did not show the whole story,” she said.

Juergens, who is due in court Thursday, is now charged with multiple felonies after officers found over sixty marijuana plants, prescription drugs that were not his, and computers that belong to the Rhinelander School District and other individuals. The school is still doing a complete inventory, but Jacobi believes police have recovered the items the School is missing. “We’re looking at approximately $9,000 worth of computers and other equipment,” she said.

Jacobi said they were aware of Juergens’ driver’s license being suspended, but that would not have impacted his ability to teach. She was not happy to hear about a multiple charges of operating motor vehicles after suspensions and revocations, disorderly conduct charges and criminal damage to property charges which Juergans has accumulated in the past three years.