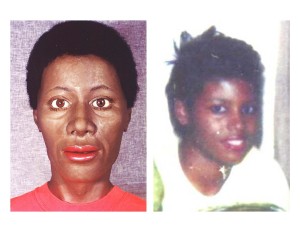 Investigators with the Minnesota Bureau of Criminal Apprehension have identified a body found in northwest Wisconsin 20 years ago as that of a Minneapolis woman. Pearline Walton was 22-years-old when last seen in Minneapolis in the summer of 1993. A hunter found the body in the woods near Dresser in Polk County in November of that year. Walton’s identification is the first made by the Minnesota BCA as part of the agency’s new effort to identify dozens of human remains. Walton’s family provided DNA that helped to confirm her identity.

The bureau’s assistant superintendent, Drew Evans, said the identification has brought some closure to Walton’s family. Evans said there was speculation that Walton had been murdered but he could not comment on the specifics of the investigation. Polk County Sheriff Pete Johnson said the identification is a very important step as his department continues to investigate.

“We didn’t know who it was, and therefore had no way to tie anywhere else – or anywhere else – to the scene,” Johnson told WXCE. “This gives us places to go and people to talk to. Really, we should be at what Day 1 was in ’93, had we known who she was.”