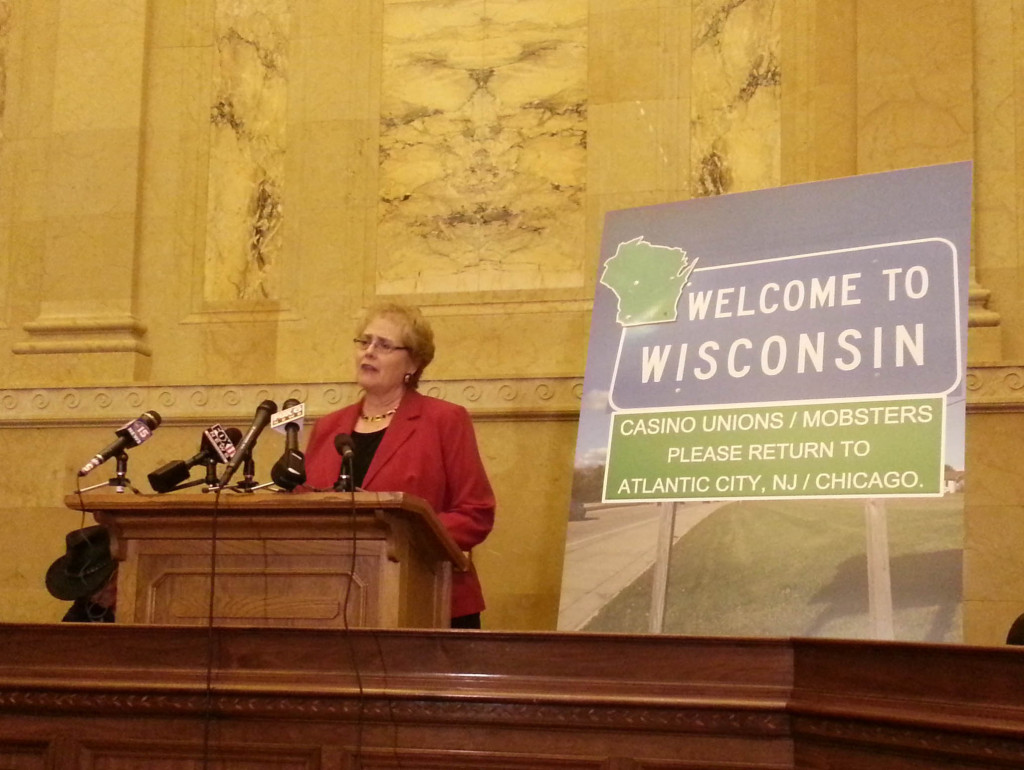 On the same day that members of the Menominee tribe and their supporters rallied behind a proposed Kenosha casino, several conservative groups urged Governor Walker to reject the plan. The groups, which included several Tea Party organizations, argued the project could harm Wisconsin families and give unions a back door to building their membership.

Andrew Langer with the Institute for Liberty says the casino proposal is a bad deal for Wisconsin, which will not result in any new jobs for the state. Langer says it would only result in jobs moving from another casino operated by the Potawatomi in Milwaukee to Kenosha. He compared it to dipping a bucket into one side of a pond, and then dumping it in another area of the same pond.

Scottie Hughes with the Tea Party News Network argued the project could serve to strengthen unions in the state, by allowing them to increase their membership through construction jobs and workers at the casino. Hughes says “the rest of the country is watching what happens here. They want to see the power and the hold that a union can have to manipulate and get its way.”

Julaine Appling of Wisconsin Family Action also voiced concerns that the project could have a detrimental effect on families. Appling says problem gambling has clear ties to increases in crime and the breakdown of families. She argues that “gambling is not a victimless activity” and the state should not be making it easier for people to access casinos by opening another one in the state.

Governor Walker is expected to make a decision on the Menominee’s casino proposal by the end of the week.