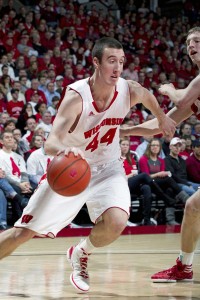 Kaminsky averaged 26.0 points a game this week, hitting double figures in all three games.  He shot 67.4 percent from the field, including 8 of 12 from 3-point range.

Kaminsky’s 43 points on Tuesday are the most scored in college basketball this season and equal the most by any player in the Big Ten since 1996-97.  He broke a 48-year old UW scoring record, which originally stood at 42 points by Ken Barnes in 1965 and Michael Finley in 1993.

The Badgers begin semifinal play at the Cancun Challenge on Tuesday, Nov. 26, as they battle Saint Louis.