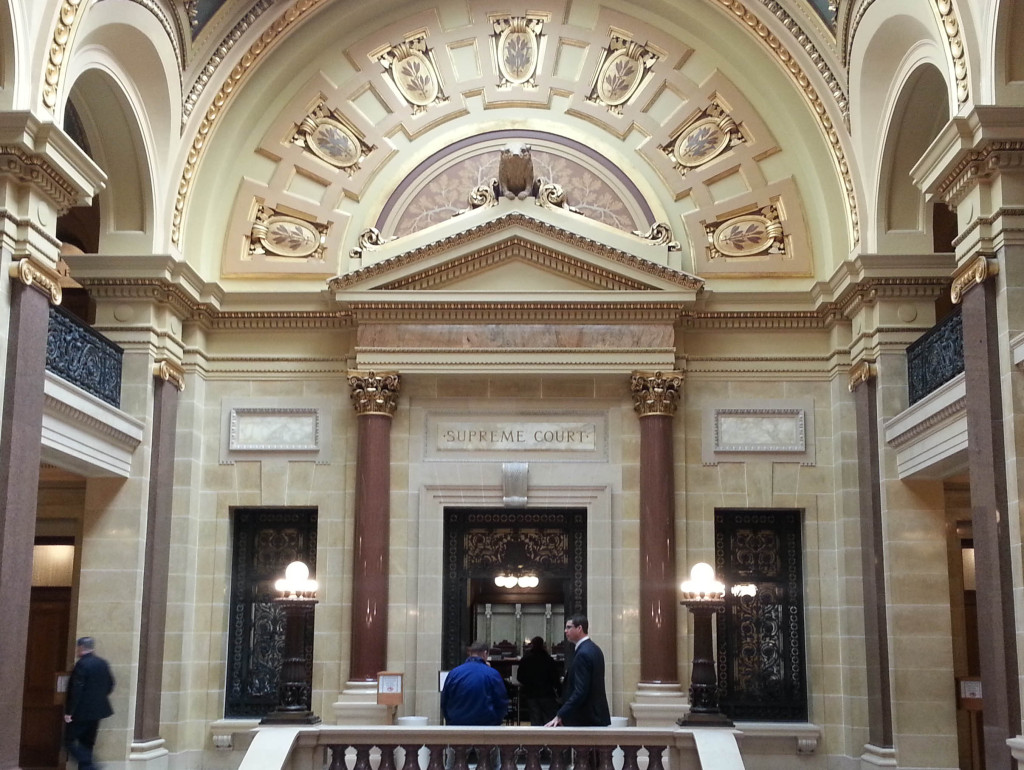 The state Supreme Court has struck down a contempt order issued in an ongoing legal battle over a law that restricts collective bargaining for most public employees. In a 5-2 decision issued late Thursday afternoon, the majority of the court wrote that the ruling issued by Dane County Judge Juan Colás this fall was an “impermissible interference with the appellate jurisdiction” of the state’s high court.

The decision is part of an ongoing battle over Act 10, Governor Scott Walker’s controversial law that eliminated collective bargaining for most public employee unions. The Supreme Court heard arguments earlier this month on Judge Colás original 2012 decision, which ruled portions of the law that apply to local public employees are unconstitutional.

Thursday’s ruling notes that the court is still considering the original case. The court only struck down a contempt order the judge issued in October against members of the Wisconsin Employment Relations Commission. Colás ruled commissioners were violating his initial order in the case by continuing to force local unions to hold annual re-certification votes. In the majority opinion, justices said Colás had overstepped his authority by issuing the contempt order because the case was already awaiting an appeal before the Supreme Court.

Justices Shirley Abrahamson and Ann Walsh Bradley dissented, arguing that Thursday’s decision essentially says that “government officials who are defendants in a case need not obey a court’s declaratory judgment.” They claimed that overturning the contempt order only serves to “muddy the waters” and that “the court inflates its own power while disrespecting the authority of the circuit court and the court of appeals, as well as the judicial process.”