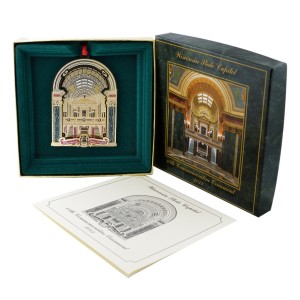 The 2013 edition of the Capitol ornament is the tenth in the series — the first was released in 2004. Each year, the souvenir focuses on a certain aspect of the historic Capitol building. This year’s ornament commemorates the 100th anniversary of the completion of the building’s south gallery in 1913.

Cate Zeuske, former Wisconsin State Treasurer, says there’s a limited number of the holiday ornament available for purchase. “We purchased 1,800 ornaments and we expect them to go pretty quickly and to be sold out before the Christmas holiday.”

The collector’s piece will sell for $16 — the same as previous ornaments. All proceeds go to the State Capitol Restoration Fund, which Zeuske says has raised more than approximately $56,000 over the last ten years. She says that money will ensure future generations continue to enjoy the beautiful and historic state Capitol.

AUDIO: Zeuske says some ornaments from previous years are still available, but some years are just sold out. :45

The Capitol keepsake comes in a detailed gift box, in which buyers will find a brochure giving some historical information about the Wisconsin landmark. All the ornaments are made in America by the Chem Art Company of Rhode Island. Chem Art also produces the annual White House ornament. 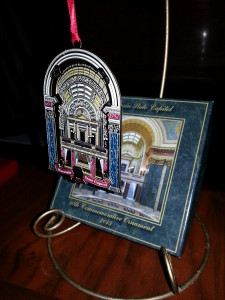