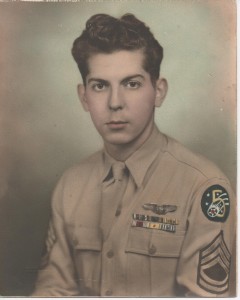 A daughter shares intimate stories about her dad as we mark the 72nd anniversary of the attack at Pearl Harbor, Hawaii.

Wisconsin author Kathryn Jeffers documents her father’s intense rage, dysfunction, healing, and love in her book “The Long Trip To Arlington” — with a surprising twist that even she didn’t see coming.

Her father was a 19-year-old airman when Pearl Harbor was attacked by Japan on December 7th, 1941. That attack led to the American entry into World War II. After four years of combat in Hawaii and New Guinea, Dean Jeffers returned home.

Kathryn remembers her father being determined to be buried in Arlington. Years later she took him to visit that national cemetery. “He had never been there before. And just seeing what it meant to him, it just melted my heart saying, ‘OK, try to get him here.’ They told us that they had their quota of World War II vets and he needed a minimum of a Silver Star Medal to get in.” Kathryn says he didn’t have that medal, which is awarded for gallantry in action against an enemy of the United States. She was persistent. “In his paperwork I found a nomination for the Silver Star, and I thought it would be easy.” Not so, says Kathryn, “It took two and a half years.”

Dean’s kids knew him as “the nightmare” when they were young, because he was inconsistent and volatile. When Kathryn the adult agreed to get the Silver Star her father needed — and had earned — he agreed to see a psychiatrist to deal with his Post Traumatic Stress Disorder (PTSD), or shell shock. 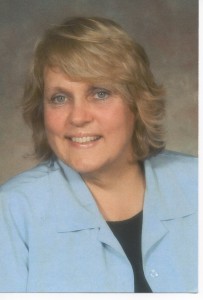 AUDIO: Kathryn gives a flavor of what to expect from her book. 4:06

Despite his lifetime of anger, Kathryn says the only way to make a man worthy of love is by loving him*, and she knew it was up to her to make that first step. “And I said ‘Kathryn, one of you has to start, so start.’ So, I started calling my father ‘Daddy’. I’ll never forget what just calling him an affectionate father word did for him. And so he and I started to make the truce and what not. And then my brothers got on board.”

During therapy, Mr. Jeffers eventually found redemption, made amends with family, and fell back in love with his wife.

In writing the book, Kathryn learned a lot about her dad and what WWII veterans lived through. “So, I don’t know that I ever sat down to write it as a writer. I was really just a daughter that was looking for her dad.”

Dean Jeffers agreed to have his story published in hopes that it would help other military veterans and their families. Kathryn says telling the truth was a heroic act from a very proud, private man. The audio book is now available on Amazon and the kindle version will be available by Christmas.

*What we are asked to do is to love; and this love itself will render both ourselves and our neighbor worthy if anything can.

Indeed, that is one of the most significant things about the power of love. There is no way under the sun to make a man worthy of love except by loving him. As soon as he realizes himself loved – if he is not so weak that he can no longer bear to be loved – he will feel himself instantly becoming worthy of love. He will respond by drawing a mysterious spiritual value out of his own depths, a new identity called into being by the love that is addressed to him.

– From Disputed Questions by Thomas Merton