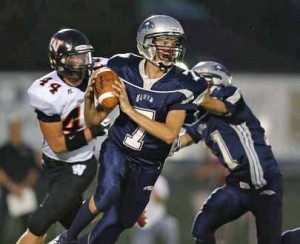 Player of the Year’ today.

Ferris passed for 3,949 yards and 50 touchdowns, completing 258 of 418 passes while throwing 11 interceptions this past season.  Ferris led the Hawks (12-2) to the Division 3 state semifinals.

The Gatorade Player of the Year program annually recognizes one winner in the District of Columbia and each of the 50 states that sanction high school sports.