With the Wisconsin defense struggling, it appeared as if the Badgers had just caught a break as Minnesota’s leading scorer, junior 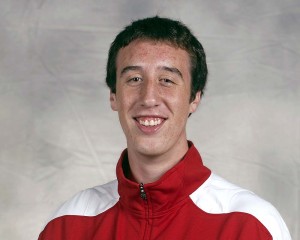 guard Andre Hollins suffered an ankle injury just 16 seconds into the game.  Minnesota still led from start to finish, holding a comfortable lead for much of the game and settling for a 81-68 win over the 9th ranked Badgers (16-3, 3-3 Big Ten).

Minnesota junior guard DeAndre Mathieu and junior forward Maurice Walker scored 18 points each and the Gophers shot 58.9% from the field in the win.

It’s only the fourth time during Bo Ryan’s time in Madison (13 years) that the Badgers  have lost three straight games.

The Badgers’ defense struggled in losses to Indiana and Michigan and in many ways, got even worse last night.

AUDIO: Bo Ryan says they would fix one issue on defense and another cropped up :19

Wisconsin’s Frank Kaminsky picked up his second foul less than three minutes into the game and sat the rest of the first half on the Badger bench.  That certainly didn’t help matters.

Minnesota’s Maurice Walker came in with a career high in points with 11.  He surpassed that total half way through the first half.  Walker scored 14 in the half and 18 for the game.

It’s an alarming trend now after Indiana shot 51% and Michigan 54% in the previous two games.

The Badgers say they’re embarrassed by their poor play over the last three games.  We’ll see if the players are mad enough to do something about it.

The Badgers dropped into a 5th place tie in the Big Ten with Purdue.  Those two teams will meet Saturday in West Lafayette as the Badgers try to avoid a fourth straight defeat.