You are here: Home / Brewers / Brewers get deal done with Garza

The deal was first talked about on Friday, but the Milwaukee Brewers and 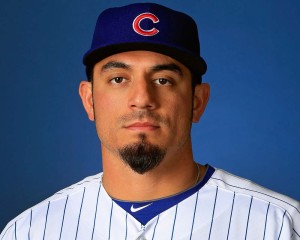 free agent pitcher Matt Garza still had to dot the i’s and cross the t’s.

Finally on Sunday, the two sides reached an agreement that guarantees Garza $50-million over four years with a vesting option for 2018 for another $13-million.  With 1-million in performance bonuses in each of the first four years, the deal could be worth $67-million over five years.

Once the contract terms were agreed upon, team owner Mark Attanasio was allowed to break the news to the crowd gathered  at the Brewers annual FanFest at the Wisconsin Center.

The deal is the largest free-agent signing in Brewers history, surpassing the four-year, $42-million deal with Jeff Suppan in December 2006.

The deal does come with risk however.  Garza has been on the team’s disabled list in each of the last three seasons.