You are here: Home / Badgers / Dekker sounds off on Badger struggles (AUDIO) 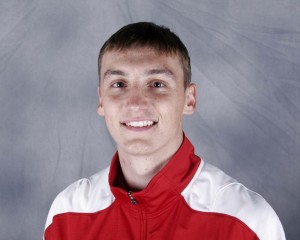 tired of getting kicked and nobody’s kicking back.

Dekker said he can understand losing to a team with superior talent, but they can’t accept suffering a loss because they were outworked.

AUDIO: Dekker says his tone is a result of the situation they’re in :15

AUDIO: Dekker says they need to grow up & stop the finger pointing :20

Dekker told reporters after practice that he is a guy that likes to be liked.  “I like people having fun around me and stuff.  If you want to be successful you can’t be liked by everybody.  It’s time to switch some stuff up.”

The Badgers have lacked intensity for large stretches during recent games.  They played harder against Northwestern in the last five minutes on Wednesday night, but the first 35 minutes belonged to the Wildcats.

Wisconsin basketball has been known for playing hard, physical basketball.  That’s been their reputation.  The last five games have been anything but that.

There’s plenty of time for the Badgers, who helped themselves greatly by winning the first 16 games of the season.  But Dekker isn’t wasting any time.  He wants the attitude to change right now and for the first time in his collegiate career, he’s not afraid to show it.