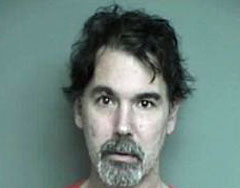 The Eau Claire County Sheriff’s Department has released the name of a man shot and wounded in a confrontation with deputies Monday night. The department’s SWAT team was called around 9:45 pm to a residence in the town of Union for a report of domestic violence. Deputies believed a woman in the home was in danger and the man was excessively violent. Officers said 46-year-old Paul Lynch came outside and fired at a deputy with an assault-type rifle. There was an exchange of gunfire and the man was wounded and brought to a hospital.

The sheriff’s department said officers have been to the home several times before and say a man in the home had been violent in the past and weapons had to be removed from the home. The Eau Claire Police Department is investigating the incident and the deputy who wounded the suspect is on administrative leave, by policy in officer-involved shootings. On initial review, Eau Claire County Sheriff Ron Cramer said he supports the actions of the deputy and has expressed his concern for all families involved.