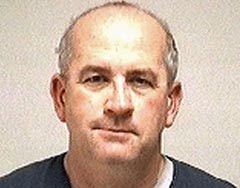 Former Racine Mayor Gary Becker has been released from custody, and is back to extended supervision status off his prison term for internet sexting. The State Department of Corrections continues to say almost nothing about why Becker, the Mayor from 2003 to 2009, was taken into custody on a probation violation recently, but has confirmed his release from the Sturtevant Transitional Facility.

DOC Public Affairs Director Joy Staab would only say Becker’s probation status has not been revoked, but could not talk about reported “treatment violations” because of the federal law known as HIPPA. The 56-year old Becker was convicted of trying to meet what he thought was a teenage girl through internet chat. It was actually a State Department of Justice agent.

Becker entered a guilty plea in 2009 to charges of attempted second degree sexual assault of a child and child enticement, as part of a plea agreement with prosecutors.