You are here: Home / Packers / Kaepernick’s legs prove to be too much for Packers, again!

Last year in the playoffs, Colin Kaepernick rushed for 181 yards in a dominating playoff performance as the San Francisco 49ers helped the 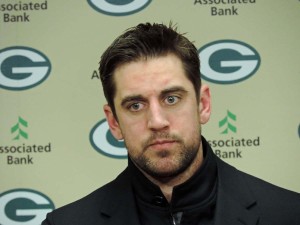 Packers make an early exit from the post season.  By contrast, the Green Bay defense did much better against Kaepernick, holding him to 98 yards.

But when the Packers defense needed a stop, they couldn’t hold off the athletic 49ers quarterback and it cost them a 23-20 loss to the 49ers in the NFC Wild Card playoffs.

On the games final two drives, Kaepernick led the 49ers to a touchdown and Phil Dawson’s game winning 33-yard field goal as time ran out on the Packers season.

With the score tied 20-20, the 49ers were driving, but Kaepernick had a 3rd and 8.  He snuck around the left end for 11-yards for a crucial first down and the 49ers ran the clock down before Dawson’s game winning field goal.

The win is the 7th straight for the 49ers (13-4) and sends them to the divisional round of the playoffs against the Carolina Panthers on the road.  The Packers finished 8-8-1.