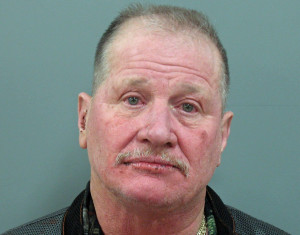 A Louisiana man is in custody and a woman is in critical condition with a gunshot wound to the head after an incident early Saturday morning in Sawyer County, according to the Sawyer County Sheriff’s Department.

Fifty-two-year-old Kerry Stevenson is being held in the Sawyer County. He was formally charged with reckless injury with a handgun and felony possession of a firearm.

The woman’s name has not been released. She is identified as a 48-year-old from Tonawanda, New York. According to the sheriff’s department, a 911 call was made at 1:40 a.m. Saturday reporting that Stevenson was at Ray Jay’s restaurant screaming and with blood on him. The caller said Stevenson had been at the restaurant earlier with his girlfriend, and the caller was concerned something had happened to her.