You are here: Home / Crime / Courts / Schmidt gets two life terms for murders 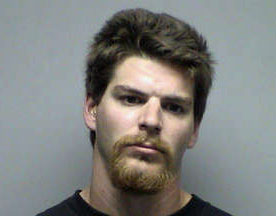 The man convicted of killing a brother and sister in Gillett in 2009 learned his fate Tuesday in Oconto County Court. Daniel Schmidt was sentenced to two life terms in prison with no chance for parole. Schmidt was convicted in October for the murders of 32-year-old Kimberly Rose and 21-year-old Leonard Marsh at their home. The victims were killed with a .20 gauge shotgun. Schmidt was found guilty on both counts of first-degree intentional homicide.

According to the criminal complaint, the 30-year-old Schmidt and Rose had an affair. Schmidt’s wife found out about the affair, and he wanted to end the relationship to fix his marriage. He also owed money to Rose.