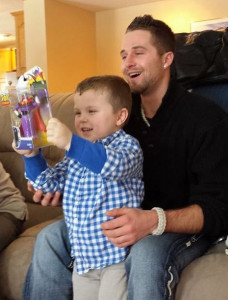 Senate lawmakers hear testimony, some very personal, on a package of bills aimed at reducing heroin-related deaths in Wisconsin.

Phil Drewiske of Hudson, 23, has been a heroin addict, by his own admission, since the age of 16. Drewiske testifies that his eventual addiction started with prescription Oxycontin when he was just 13.

Someone he calls a “friend/acquaintance” got him started. “When I was in school his dad had cancer so it seemed like he had an unlimited supply of pain pills and I would take these all the time at school.”

And, he says, it escalated from there.

“A little bit before I was 16 I tried heroin for the first time. I compare that day to me meeting the devil.”

Drewiski says five of the heroin deaths in the Hudson area this past year have been friends of his. In his opinion, the good Samaritan measure (AB-447) is the most significant. Drewiski describes how this bill would have saved the lives of at least two of his friends who were left to die because nobody wanted to call for help and risk getting into trouble.

Wisconsin has a seen a growing trend of heroin abuse in all corners of the state, according to the state Department of Justice.

Drewiski calls the package of bills authored by State Representative John Nygren (R-Marinette)  a “light at the end of the tunnel” for folks dealing with Heroin. Nygren drafted the legislation to help families of those battling heroin addictions — his own daughter is among them. Senator Sheila Harsdorf (R-River Falls) is the Senate sponsor.

The state Assembly two weeks ago approved the bills. Two of them deal specifically with prescription drugs, whose abuse leads to heroin addiction. Another bill allows EMTs to give the antidote drug Narcan to those who overdose, and a fourth bill provides immunity for anyone reporting overdoses to 911.

Drewiski was released from prison on April 23, 2013 after serving 24 months behind bars. He’s been in at least 13 treatment centers over the years, that he can recall. Now, he’s working to be a good dad to his little boy.