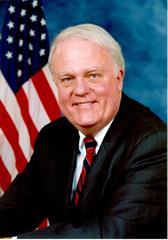 Representative Jim Sensenbrenner says the original 1965 Voting Rights Bill signed into law by President Lyndon Johnson “goes to the heart of our democracy,” and the Wisconsin Republican is joining with Democrats in unveiling a modern version of the law, in response to a Supreme Court ruling that threw out a core provision.

Sensenbrenner expressed confidence House Republican leaders were open to acting on the bill this year. “When that ruling came down last summer, I knew the VRA must be fixed before the next election, and any solution must be politically palatable while complying with the objections of the Supreme Court,” the Milwaukee Journal Sentinel reported Thursday. “The modernized VRA is constitutional and bipartisan. It includes strong, nationwide anti-discrimination protections and continues to permit states to enact reasonable voter ID laws.”

Unlike the law that ran into trouble with the court, which targeted mostly Southern states and required approval from the Department of Justice for certain changes in voting laws, the proposal would establish a rolling nationwide trigger that would apply to all 50 states. Any state could hit that trigger with five violations within 15 years. Four states — Georgia, Texas, Louisiana and Mississippi — currently would meet the trigger requirement included in the proposed legislation.

Under the bill, courts could authorize pre-clearance for so-called worst actors; additional transparency would deter discrimination; and preliminary relief could be sought more readily even before the discrimination occurs during an election.