You are here: Home / News / State of the State kicks off Walker reelection effort 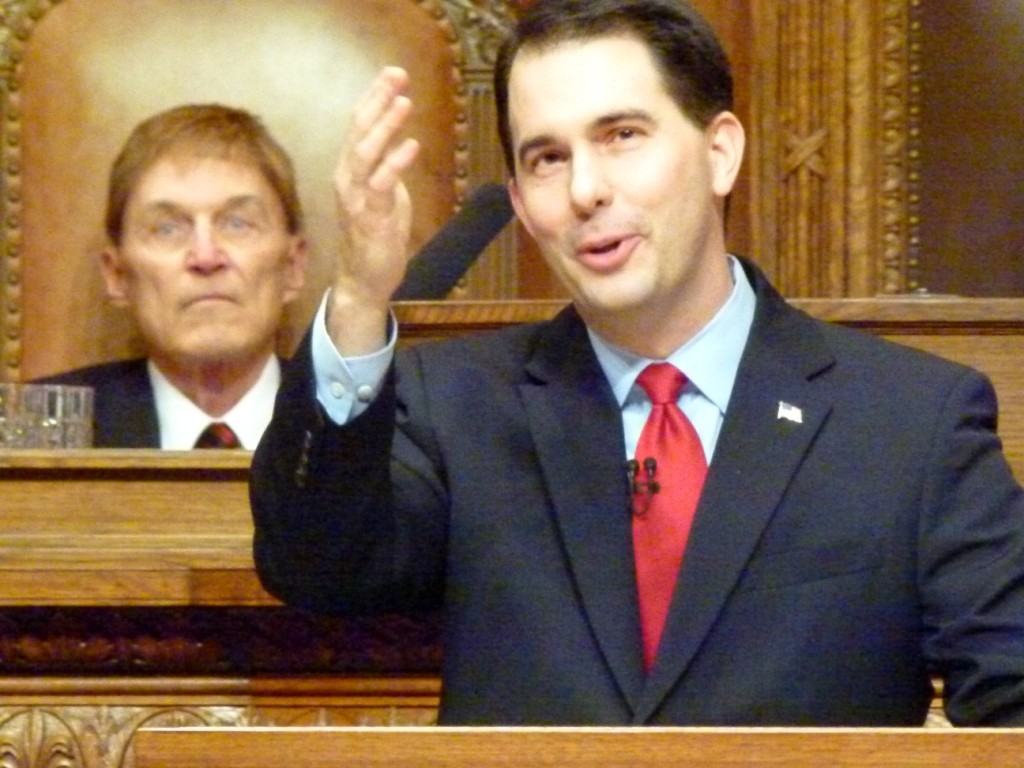 Governor Scott Walker’s fourth State of the State address at the Capitol tonight will likely serve a the unofficial kick-off for his reelection campaign. Marquette University political scientist Charles Franklin says Walker has plenty of good news to talk about, with a growing budget surplus that now tops $900 million.

Franklin expects an upbeat tone for the speech before a joint session of the Legislature, which will help set the stage for Walker’s formal reelection announcement later this spring.

Franklin expects Walker to spend quite a bit of time taking credit for an improved state economy and the projected budget surplus. The governor is also expected to outline plans in tonight’s speech for how to use that money to cut income and property taxes.