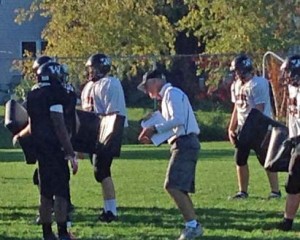 Turnquist was inducted into the Wisconsin Football Coaches Association Hall of Fame in 2005 and led West De Pere to back-t0-back WIAA Division 3 state titles in 2010 and 2011.  His 303 career wins rank 5th among all coaches in state history.

West De Pere qualified for the postseason 16 times under Turnquist since 1981, including the last 10 consecutive seasons.

Batten is a 1984 graduate of West De Pere.  He played on Turnquist’s varsity teams for three years as a starting quarterback and cornerback.  He’s been West De Pere’s defensive coordinator since 2006.