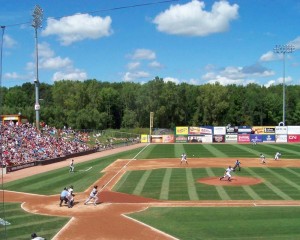 by the Milwaukee Brewers as the grounds manager at Miller Park.

Warczak had served as the Timber Rattlers head groundskeeper since the end of the 2007 season.

The Rattlers have filled Warczak’s position by hiring Jake Hannes, a grounds crew intern with the team in 2010.  Hannes joins the team after spending the last two seasons as a member of the grounds crew for the Minnesota Twins at Target Field.