You are here: Home / Health / Medicine / Canabidiol bill would help children with seizures 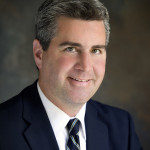 Legislation would allow access to cannabis oil in Wisconsin. It’s not medical marijuana, but the bill from Assembly Democrat Rob Kahl would legalize CBD oil extract, or canabidiol, which has shown promise in treating seizure disorders in children. The problem is, the oil is currently illegal in Wisconsin.

“We just need to make this chance to allow it as an option, because a lot of parents have done their own research . . . but they don’t want to break the law,” Kahl said. Kahl has co-authored the measure with Assembly Republican Scott Krug, who chairs the committee which will hold a public hearing on Wednesday.

“I just hope that people can put some misconceptions aside, and certainly put partisanship aside,” said Kahl. “This has got nothing to do with partisan politics. This is simply about being humanitarian, not a politician, and trying to find some relief for these families.”

Kahl said they hope to have testimony from families and doctors from Colorado – where the treatment is legal – as well as from Wisconsin families who want access to the option for their children, during the hearing before the Assembly Committee on Children and Families. The bill from Kahl and Krug would require that canabidiol, which lacks the psychoactive properties of marijuana, be administered to patients under a doctor’s orders.