The Wisconsin Badgers appear to have shaken off their recent slump, 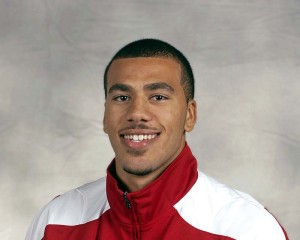 winning their second straight on Sunday.

Both teams sharp shooters struggled from the field.  Wisconsin’s Ben Brust was 2 of 9 from the field and 1 of 8 from three-point distance.  Meanwhile, Josh Gasser drew the assignment of guarding Michigan State’s Gary Harris, who finished 0 for 7 from distance and 3 for 20 overall.

The Spartans tied the game with 8.7 seconds left on Adreian Payne’s (24 points) three-pointer.

After a Badger timeout, Travevon Jackson came length of the court, used a rub screen from Frank Kaminsky, dribbled left and pulled up from 12-feet to hit the game winner.

Michigan State guard Travis Trice dribbled to center court and launched a last second three that rimmed in and out, giving the Badgers the win.

Nigel Hayes had 14 points to lead the Badgers.  Sam Dekker and Josh Gasser each added 11.

The Badgers move into a fourth place tie with Ohio State (19-5, 6-5).  The Badgers will host Minnesota on Thursday night at the Kohl Center.