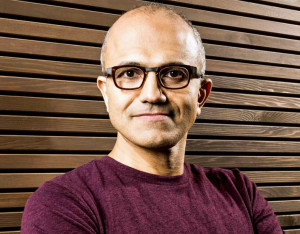 A University of Wisconsin-Milwaukee alumnus has been named as the next CEO of Microsoft. Satya Nadella was named Tuesday to succeed the retiring Steve Ballmer, and will be only the third chief executive in Microsoft’s 38-year history.

The 46 year-old Nadella is currently the head of Microsoft’s enterprise and cloud computing functions.

Among other things, he converted the Windows Live Search function into Bing – which 18 percent of Web surfers now use as their search engine. He’s also credited with starting Microsoft Office products for small businesses – and the commerce server Biz Talk.

Nadella was born in India in 1967. He came to UWM as a graduate student, after earning an electrical engineering degree from Manipal University in India. He graduated in 1990 from Milwaukee, and joined Microsoft in 1992.