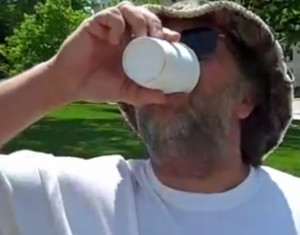 The future of a bill to legalize the sale of raw milk in Wisconsin is uncertain, with the Legislature working toward adjournment this spring. The bill has the endorsement of a Senate committee, but no floor action has been scheduled at this point.

The measure is authored by West Bend Republican, state Senator Glenn Grothman. “I’d be very disappointed if it doesn’t pass,” Grothman said. “It’s a little bit frustrating, because a lot of businesses like government out of their hair. But now a lot of big businesses don’t like the competition and want the government imposing their will on the people. I particularly feel sorry for the many people who are experiencing the health benefits of raw milk.”

“We have worked closely to try to educate lawmakers with the medical community, on the dangers of raw milk,” said Shawn Pfaff with the Wisconsin Safe Milk Coalition.

“This is one of those bills where two opposing principles sort of come together,” said state Senator Dale Schultz, the Richland Center Republican who chairs the committee which has endorsed Grothman’s bill. “One is greater freedom, and the other is food safety.”

The legislature passed a bill allowing for sales of unpasteurized milk four years ago, but that measure was vetoed by then-Governor Jim Doyle.