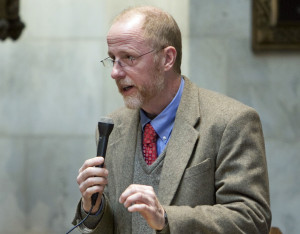 “I never viewed politics as a lifelong career,” Clark said Friday. “What I’ve said to the people at home is that it’s time for someone else to step up an represent the 81st district.”

Clark said securing adequate public education funding and redistricting reform are importaant issues that still need to be addressed. “You know right now democracy in Wisconsin is bent, but it’s not broken,” he said.

Clark was first elected to the Assembly in 2008. In 2011 he unsuccessfully challenged Republican Senator Luther Olson in a recall election.