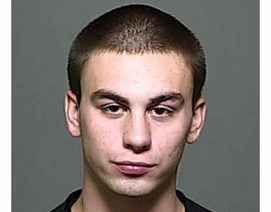 Police in Appleton are searching for a teenager who’s accused of assaulting and robbing a 76-year-old man following a traffic mishap on Thursday morning. He’s identified as 17-year-old Derrik Price of Appleton. Police Sergeant Dave Lund said that while officers were en route to the crash at East Glendale Avenue and Oneida Street, they learned that the driver of the vehicle that caused the crash had robbed the other driver and driven away. Lund says it’s unclear whether Price intentionally caused the crash to commit the robbery. Lund said investigators were able to find the vehicle involved in the crash, and they arrested an 18-year-old woman.