You are here: Home / Health / Medicine / Davis to resign as Medicaid director 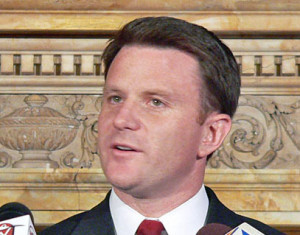 Wisconsin’s Medicaid director has resigned from the Department of Health Services. Brett Davis will leave the agency for an opportunity in the private sector, according to a spokeswoman. His last day at DHS will be Friday, March 21st.

“Brett has been a tremendous asset to our team. I am very thankful for his leadership and creativity during challenging budget times,” DHS Secretary Kitty Rhoades said in a statement. “We have been able to accomplish a lot during his time here at the Department, including implementing Governor Walker’s entitlement reforms and working towards the Governor’s goal of reducing the uninsured rate in half. For the first time in Wisconsin’s history, we can say that all people living in poverty will have access to the same Medicaid benefit.”

Davis, a former state legislator and candidate for lieutenant governor, was appointed as Wisconsin’s Medicaid Director in January, 2011 by then DHS Secretary Dennis Smith. Rhoades has not appointed an Administrator for the Division of Health Care Access and Accountability, a position which has traditionally also served the role of the State’s Medicaid director.