You are here: Home / Packers / NFL could expand playoff field 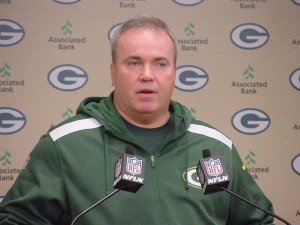 playoffs could expand by two teams, one in each league, as early as next season.

The owners have discussed the possibility at the NFL Owners Meetings this week.  Green Bay Packers head coach Mike McCarthy said he’s in favor of the measure.

The NFL will also experiment with extra-point attempts from the 20-yard line for two weeks during the preseason.  NFL owners want to see how the change works before possibly implementing it the following season.

The league’s owners also approved a measure that would raise the goal post uprights by 5-feet.  It’s an attempt to make life easier for officials who have to judge the accuracy of high field-goal kicks.