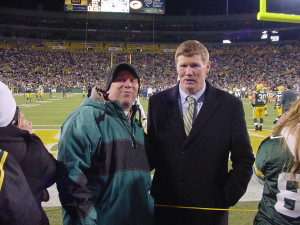 meetings in Orlando on Monday that would prohibit teams from selling playoff tickets until each game is confirmed.

The Green Bay Packers last year sent invoices to season ticket holders before they made the playoffs.

The “Pay as we play” approach would allow NFL teams to charge a credit card once each playoff game is set, but season-ticket holders could also apply game-by-game.

Murphy said six current NFL teams already employ it.  He said the Packers will see how it goes for those teams before considering it in 2015.