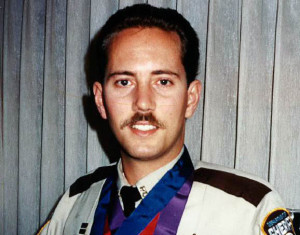 The life-long St. Croix Falls resident was hired by Polk County as a part-time deputy sheriff in August of 1986. In February of 1987, he was made a full-time deputy.

Severson continued to live independently, and remained active in the functions of the Polk County Sheriff’s Office He was the recipient of many awards and formal recognition including Law Enforcement Purple Heart and National Sheriff’s Deputy Sheriff of the Year. However, over the years his medical needs grew requiring increasing medical attention. Seversen died at his home on Monday at age 50.

Johnson said Seversen’s death is classified as a line of duty death. A full honors law enforcement funeral will be held at the St Croix Falls High School on Saturday, April 19th, 2014 at 2:00 PM. Visitation will be at 11:00. “We’re expecting quite a number of people to show up,” Johnson said.