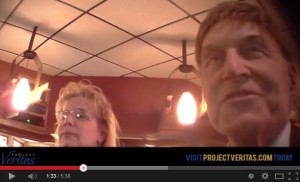 A state lawmaker is downplaying a secret recording that shows him discussing possible illegal campaign activity. The recording posted online by a conservative activist shows Republican Senator Mike Ellis of Neenah talking about forming his own Super PAC with some of his donors. That money would be used to attack his challenger — his first in 16 years — Democratic Representative Penny Bernard Schaber of Appleton.

Ellis says the conversation was about counteracting third party attack groups. “At the time I did it I was thinking ‘how do you get around not owing the special interest groups?’ Having said that, I said ‘well you can get four or five people, mention some names, have them create a group then you won’t owe these interest groups anything,'” he says, “I immediately realized you can’t do that.”

Wisconsin law bans coordination between a candidate and third-party group. Ellis says he never acted on the idea and he realizes the video looks terrible, but maintains that he didn’t break any laws.

AUDIO: The recording took place at a Madison hotel bar. Ellis says the comments were part of a larger discussion about how to counteract third party special interest groups.