The NFL has been teasing it for days.  Tonight, the league will 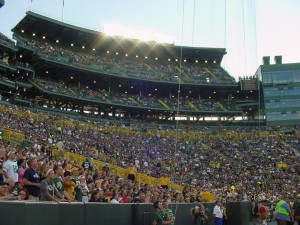 finally release the entire regular-season schedule at 7pm on the NFL Network.

The Green Bay Packers already know their opponents and just where they’ll be playing this coming season.  What they don’t know is when.  That will be unveiled tonight, along with the number of National Television appearances.

The Packers do face the Seattle Seahawks on the road this season and there’s a decent chance it could come in the season opener on Thursday, Sept. 4 at CenturyLink Field.

The Packers were set to play five nationally televised games last season and could easily wind up with that many again this year.  Last season they ended up playing just four of the five National games after they were flexed out of one game by NBC late in the year.