Following the completion of the NHL’s regular season, USA Hockey 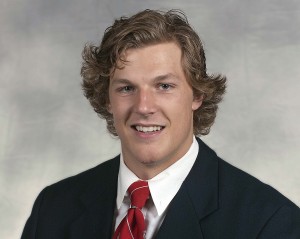 announced the first 15 players of the 2014 U.S. Men’s National Team that will compete at the International Ice Hockey Federation Men’s World Championship May 9-25 in Minsk, Belarus.

At least one Wisconsin alumni has skated in every world championship dating back to 1978.