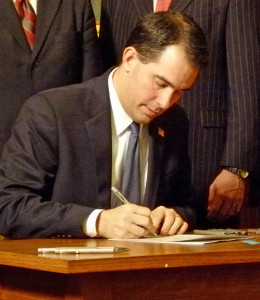 Right now, authorities typically wait 24 hours before asking the public for help finding them. The Silver Alert program would send out an immediate alert across the state, similar to the Amber Alert program for endangered, missing children. They would be issued for adults with dementia or other cognitive disabilities.

The bill came about, after Claire Baeb and her husband got lost, driving from Mountain to Green Bay. They were found 36 hours later, at a West Bend rest stop. Claire Baeb says they were lucky to come out unharmed, but the new system will help others.

Baeb says she’s happy that she played a role in passing the bill.