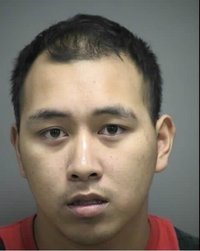 A court official in Rock County has denied a request to reduce bail for a man accused in the hit and run deaths of two motorcyclists in Janesville.

Attorney John Holevoet argued during a hearing Wednesday that 24-year-old Sambath Pal is not a flight risk, so his $200,000 bail should be lowered. Holevoet says something “much more modest” could allow him to be released.

Assistant District Attorney Anne Nack contends that Pal is a flight risk though, noting that he fled the scene of the crime and the state after the incident on Easter Sunday that killed 24-year-old Mitchel Vance and 18-year-old Devin Julius.

Pal is charged with two counts of hit and run involving death for the incident. He was arrested and extradited from Illinois last month, after his father contacted police.

Court Commissioner Stephen Meyer agreed to keep Pal’s bail at the level set by a judge previously. Pal is due back in court on May 16.