You are here: Home / Crime / Courts / Baumann guilty on all counts 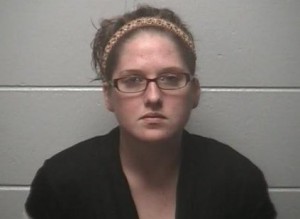 A jury has convicted a 26-year-old Merrill woman in a high-speed drunk driving crash which resulted in the deaths of two of her passengers. Ashley Baumann was found guilty on all seven counts in the double-fatality crash from two years ago.

The Lincoln County jury delivered its verdict after a second day of deliberations. They had considered the case for about four hours. The June, 2012 crash killed 33-year-old Jessica Hartwig and 31-year-old Misty Glisch, and severely injured 29-year-old Jerrica Woller.

Special prosecutor Tara Jenswold said the verdicts are a end to a very long process. “We’re pleased for the verdicts.  After a long, involved trial, we’ve gotten justice for the victims family, and we think the jury reached the right result.”

Baumann’s defense lawyer had argued that Baumann wasn’t the driver in the June, 2012 crash. They’d claimed that Woller, the surviving passenger, was behind the wheel. Baumann wept in court as the verdict was read.

Jenswold said the verdict represents a step towards a healing process for the victims’ families and everyone in Merrill. “Offenses like this that involve a pretty good cross section of a small community, I think it’s important to put that behind them so people can continue to heal and move on.”

Jenswold and Lincoln County District Attorney Don Dunphy will discuss sentencing, which will be scheduled at a later date. “Mr. Dunphy and I will have to discuss that and make a determination what the appropriate sentencing recommendation will be.  I would anticipate it would be prison time, obviously.  Two individuals are dead and another injured.”