You are here: Home / Brewers / Brewers continue to have the Pirates number (Audio)

The Milwaukee Brewers re-united for the first time with the Pittsburgh Pirates last night, the first meeting between the two teams 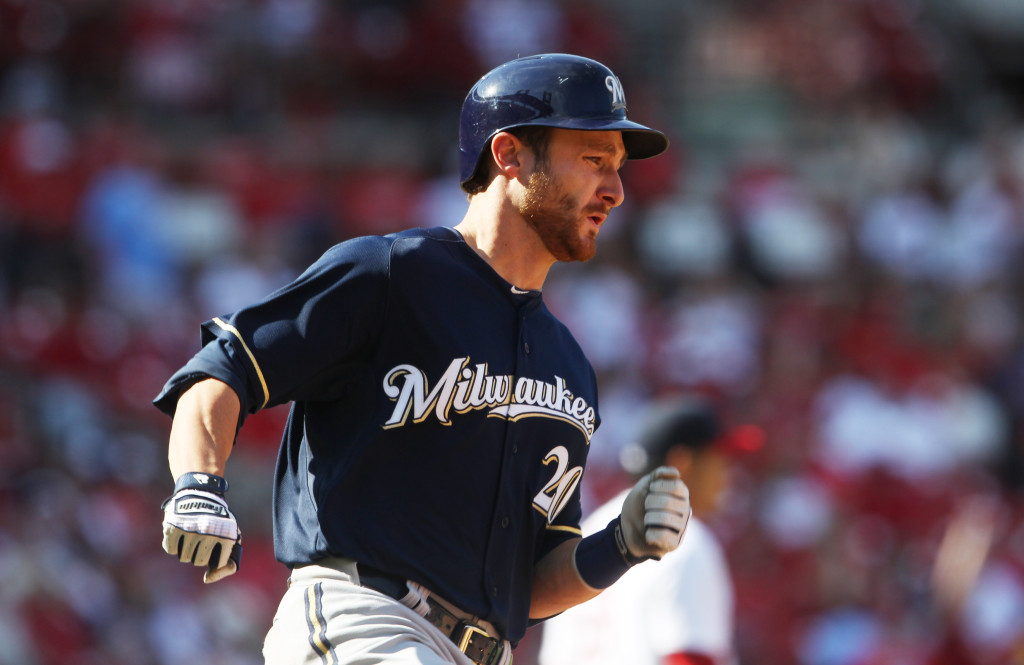 since their Easter Sunday brawl at PNC Park in Pittsburgh.  Marco Estrada allowed 6-hits in six innings, walking two and striking out eight as the Brewers earned a 5-2 victory.  It’s the Brewers 7th win in eight meetings against the Pirates this season.

The Pirates jumped on the board in the first with a solo home run from Neil Walker, but they squandered several more chances over the next several innings.

Estrada struggled with his command but still held the Pirates in check, avoiding the big mistakes.  He improved to 6-0 with a 1.97 ERA in 13 appearances against Pittsburgh lifetime.

The Brewers gave Estrada a lead in the third when Jonathan Lucroy drove in two runs with a single in the third.

It was expected that Carlos Gomez would begin serving his suspension, imposed by Major League Baseball.  Gomez had his appeal heard on Friday, but MLB still hasn’t come up with a ruling on the matter.

AUDIO: Ron Roenicke was asked about the delay :13

Gomez was penciled into the lineup last night but left the game midway through with back stiffness.

Francisco Rodriguez worked the 9th for his 16th save of the season.  He moved into a tie for 16th place on baseball’s all-time saves list with 320.

Wily Peralta pitches game two of the series for the Brewers tonight.