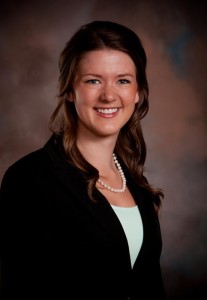 Following a final round of interviews and competition against five other candidates, officials with the Wisconsin Department of Agriculture, Trade and Consumer Protection announced Saturday that Zoey Brooks of Waupaca will serve as the state’s 67th Alice in Dairyland.

The one year position will have Brooks following a long line of ambassadors for the state’s agriculture producers, promoting the industry and teaching the public about its importance.

Brooks, a recent graduate of the University of Wisconsin-Madison with a degree in animal science, said she is “thrilled to be chosen” and “will work to promote and protect Wisconsin’s vital agriculture industry and to motivate others to make their own unique connections to Wisconsin agriculture.”

The other finalists for the job of Alice included Allyson Binversie of Manitowoc, Katie Dogs of Theresa, Kristin Klossner of New Glarus, Melissa Ploeckelman of Stetsonville and Whitney Rathke of Fredonia.

Brooks will start working as Alice next month, just as the state begins June Dairy month. She will succeed Kristin Olson, the 66th Alice in Dairyland.