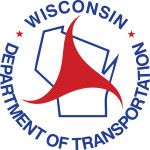 The state Department of Transportation says ate least 10 people died in traffic-related crashes in Wisconsin over the recent Memorial Day holiday weekend. Of those killed, six were motorcyclists.

The DOT says the figures, based on preliminary data, doubled compared to the three day holiday weekend in 2013, which recorded five traffic fatalities on the state’s roads. So far this year, the agency says 157 people have died in Wisconsin traffic crashes, which is down slightly compared to the same time period from last year.

The state is continuing with its annual “Click it or Ticket” seat belt enforcement campaign this year, which runs through June 1. The effort is aimed at helping to reduce the risk of fatal traffic crashes by encouraging more drivers and passengers to wear their seat belts.