You are here: Home / Crime / Courts / Driver charged in death of elderly pedestrian 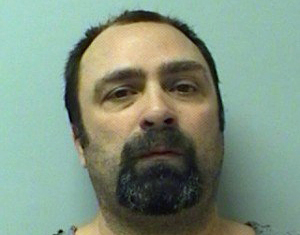 A man charged with killing an elderly pedestrian while driving was back in Marathon County Court on Tuesday. Evan Mooney, 47, or Pelican in Oneida County had bond set at $30,000 cash by Judge Jill Falstad. If he does bond out of jail, Mooney will have to remain absolutely sober, not drive, and stay way from the victim’s family.

The victim, 87-year-old John Ditkanas of Crivitz was struck by Mooney’s vehicle October 28th along White Spire Road in Rothschild. Diktanas, who ran a dairy farm for more than 50 years after immigrating to the U.S. from Lithuania, died at the hospital a short time later.