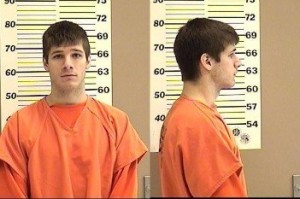 A former Abbotsford school teacher accused of sexually assaulting two students will be heading to trial. 25-year-old Andy Follen was bound over on Thursday in Clark County court on five felony counts of sexual assault of a student by school staff, one count of intimidation of a witness, and two counts of bail jumping.

A criminal complaint filed in Clark County Circuit Court claims Follen had a sexual relationship with two 17-year-old students this past October. One of the victims was a volleyball player, who claims she had sex with Follen in his classroom during a Saturday basketball tournament.

Once arrested in the first case, he allegedly contacted one of the girls and tried to convince her to contact prosecutors to get the charges against him reduced.
Text messages were intercepted by one of the victim’s parents, and that parent contacted the Abbotsford School District. The school immediately contacted the Colby-Abbotsford Police Department.

Follen is free on a $7,500 bond after a bench warrant had to be issued for his arrest earlier in the case. He’ll be back in court for arraignment July 2nd.

Follen resigned his position with Abbotsford schools in January. If convicted, he could spend up to 30 years in prison.