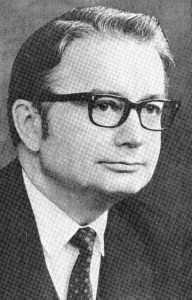 Former Governor Patrick Lucey was remembered Monday by friends, family, and fellow politicians as a man who helped build up the Democratic Party in Wisconsin.

The 96-year-old southwest Wisconsin native was honored this morning during a funeral ceremony at Milwaukee’s Church of Gesu. He died May 10 at the Milwaukee Catholic Home. Current Governor Scott Walker was on hand at the service, along with ex-governors Jim Doyle, Scott McCallum, Tommy Thompson, and Martin Schreiber.

Lucey served in the governor’s office from 1971 to 1977, before he became the President Jimmy Carter’s U.S. ambassador to Mexico. He had a number of major accomplishments, including the merger of the UW and the old Wisconsin State University system. Lucey also ran for vice president with John Anderson on an independent ticket in 1980.