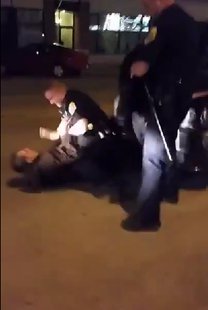 An internal investigation has been completed by the Green Bay Police Department into an arrest caught on cell phone video that’s been controversial since it went viral last month. On April 19, 29-year-old Joshua Wenzel was arrested outside several bars on South Washington Street around 2 a.m. The video shows police officer Derek Wicklund reacting to being sworn at by Wenzel.

Officer Wicklund pushes Wenzel into a squad car and taking him down to the ground. Wenzel was then arrested for resisting arrest and disorderly conduct.

It has sparked several debates, including whether the officer went too far and if the media should air the video as part of a story. According to the department, the report will now go to Green Bay Police Chief Tom Molitor. The state Department of Justice is also expected to review the findings.